Adolph Berger, a German physician who practiced medicine in Lebanon, Illinois, was born about 1820 and educated at Heidelberg, Germany. While a student, he became attracted to the 1848 revolutionary movement. Following the failure of the revolutions in Germany, a number of political refugees – “Forty-eighters” – emigrated to the United States. Frederich Hecker, one of the refugees who had been a hero of the German revolution, had settled in the Belleville, Illinois, area. His presence attracted a number of young Germans to the Belleville-Lebanon area. Berger arrived in Lebanon in 1848 and began his medical practice on June 13, 1850. He continued to practice medicine in the same locality for the next fifty-three years.

Berger was active in civic affairs. He was a member of the St. Clair County Medical Society, Lebanon Chapter No. 62 of the Royal Arch Masons, Lebanon Town Board, Lebanon Board of Education, and a committee that coordinated the financing of the Mascoutah and Lebanon Railroad. Berger also supported the Lebanon public library and the local German singing societies. Like many of the 1848 German immigrants, he resisted the temperance and prohibition movement. Berger belonged to the Presbyterian Church.

The finding aid for the Adolph Berger Scrapbooks, 1854-1912 at the Abraham Lincoln Presidential Library and Museum may be found at http://alplm-cdi.com/chroniclingillinois/items/show/62.

Photographs in this collection include posed images of groups and individuals. 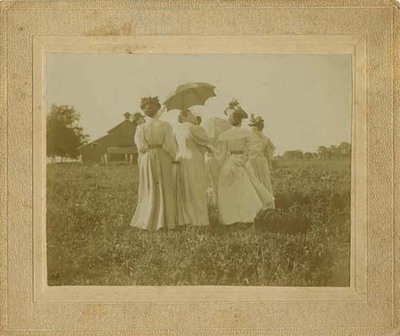 Several ladies holding umbrellas stand in an open field with their backs to the camera. 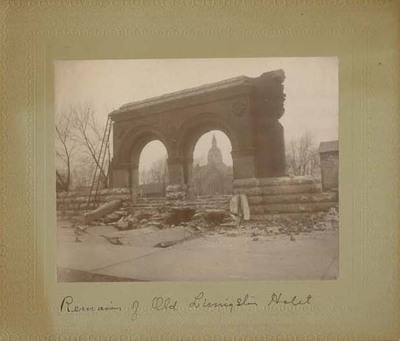 The remains of a staircase and two arches are all that remain of the Livingston Hotel in Livingston, TX, after a major fire swept through and destroyed much of the downtown area. 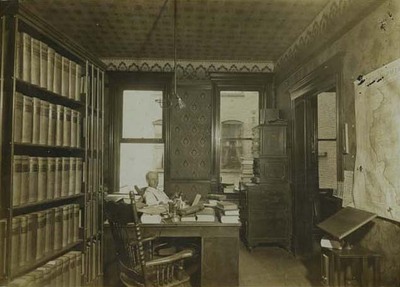 An unidentified man sits at a desk in an office. 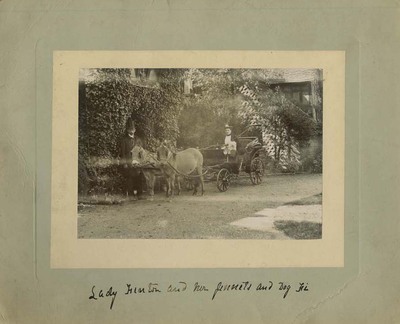 Lady Fenton sits in a carriage holding her dog, Fi, while Mr. Jennets stands next to the mules harnessed to the carriage. 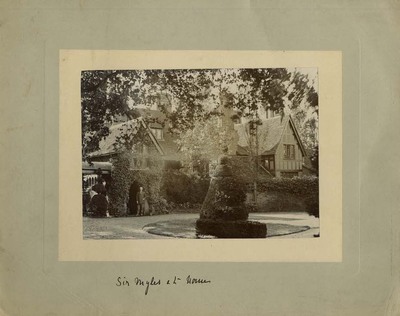 Sir Myles stands in front of his home. 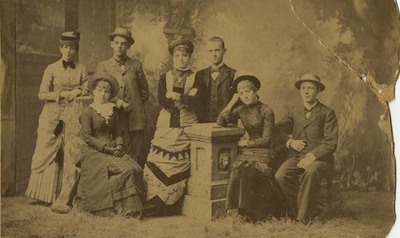 Seven men and women pose in an artificial pastoral scene for a group photograph. 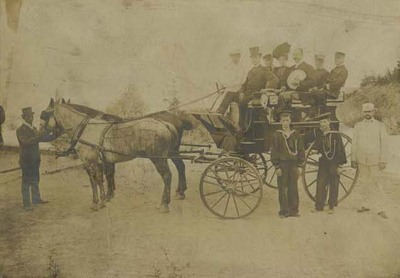 An unidentified group of people in a horse drawn carriage pose for a photo with sailors on a beach.
View all 7 items