Albert Louis Loud was born in Virden, Illinois, in 1886. He began his career as an engineer accompanying his brother in law, photographer and engineer Melvin Vaniman, on Walter Wellman's third unsuccessful attempt to reach the North Pole by dirigible in 1909. The Wellman-owned dirigible, America, ended its flight after two hours when the ship lost the ability to stabilize and maintain altitude.

In October 1910, Loud again accompanied Vaniman as an assistant engineer on the America during an unsuccessful attempt to cross the Atlantic Ocean. The crossing failed after 38 hours in flight after which the Royal Mail steamship Trent rescued the crew. Loud continued to work with Vaniman on a second attempt at the crossing on the airship Akron, but retired before the voyage in 1912 which ended when the airship exploded shortly after take off killing all aboard.

After his retirement, Loud moved to Danville Illinois and worked as an auditor for Fidelity Loan Company and as a salesman for a printing company.

The resource record for the Albert Louis Loud Papers, 1890-1963 at the Abraham Lincoln Presidential Library and Museum may be found at https://illinois.as.atlassys.com/repositories/2/resources/510.

Photographs in this collection include several images of the airship America in preparation for the 1910 attempt to cross the Atlantic Ocean, aerial landscape photographs, and members of the America's crew. 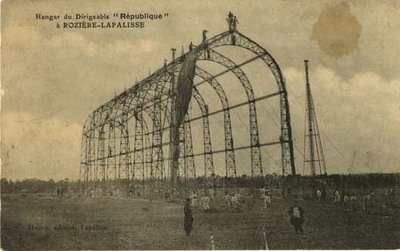 Several people stand under and on the hangar for the dirigible Republiqueat Roziere-Lapalisse in France. 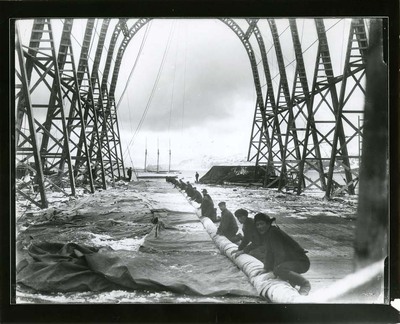 Several men unroll a large piece of fabric under the dirigible America's hanger at Spitzbergen. A docked ship sits in the water at the far end of the hangar. 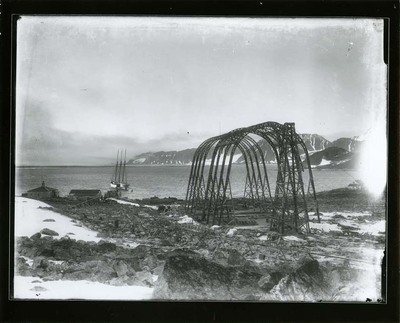 A landscape view shows the America'shangar on the coast of Spitzbergen, Norway, as a ship docks in the harbor.

Woman with Structure on Wheels 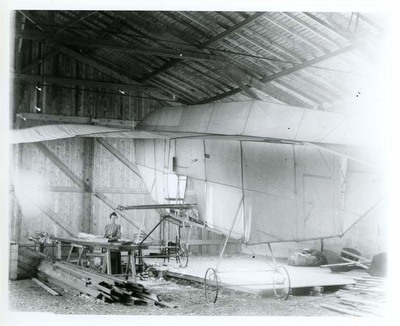 An unidentified woman stands at a table next to a large structure on wheels housed in a wooden structure. 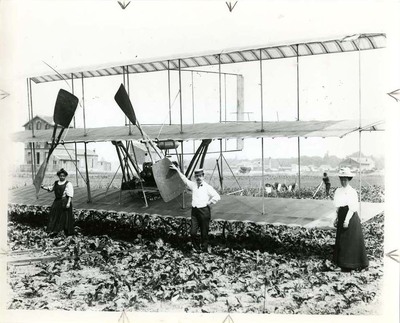 Two women and a man stand in front of a triplane sitting in a field. 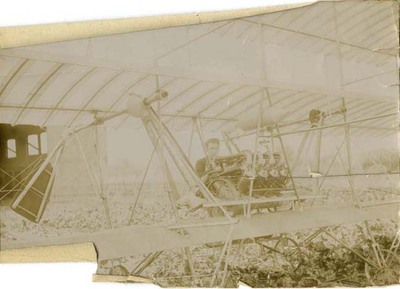 An unidentified man stands behind the engine of a triplane. 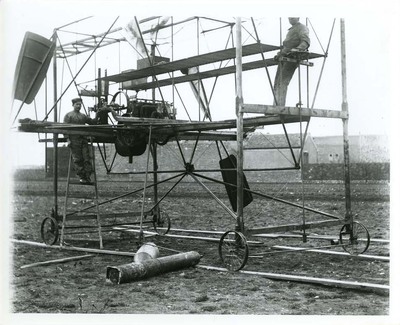 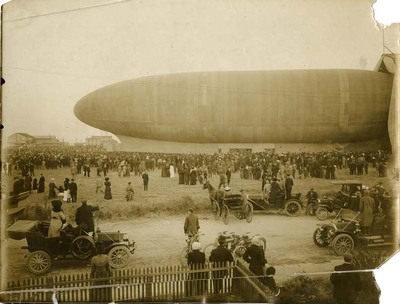 Large crowds surround the airship America as it stands partially under its hangar. 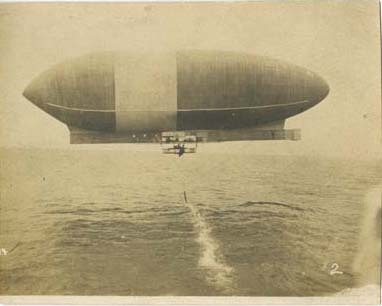 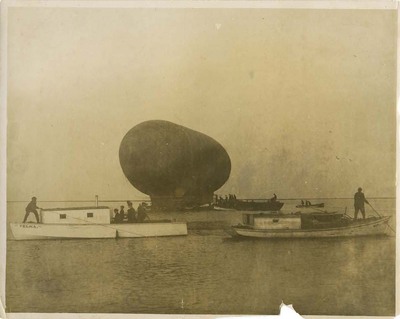 Several boats with passengers travel near an unidentified dirigible sitting in water.
View all 10 items