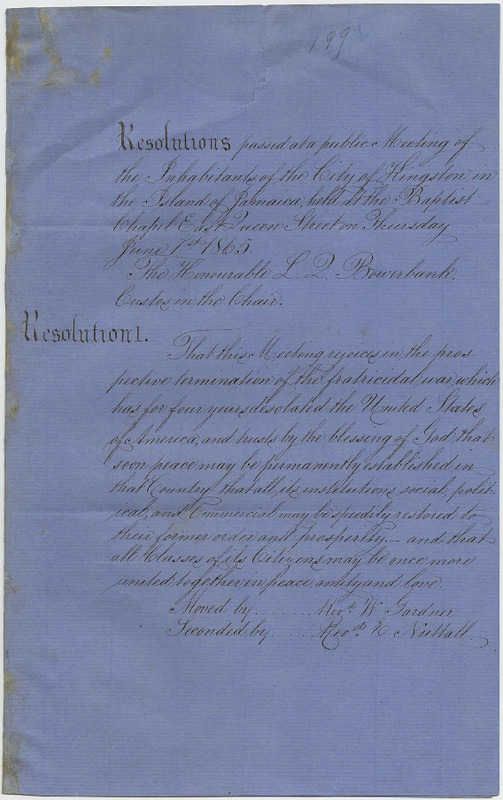 On June 1, 1865, residents of Kingston, Jamaica met at the Baptist Chapel and passed a series of six resolutions.  The meeting expressed its rejoicing at the end of the American Civil War and the "emancipation of four millions of human beings."  The participants expressed their sympathy with all families who had lost members and especially with the Lincoln family.  The meeting also recorded its "profound veneration and highest respect and admiration for the character" of Abraham Lincoln.  They predicted that "history will not only enshrine his name among the noblest patriots and most enlightened statesmen that have every presided over the destiny of nations, but that the memory of Abraham Lincoln will be embalmed in the hearts of millions as one whose private virtues, simple honesty of purpose, and enlarged philanthropy rank him as one of the greatest and most honorable of men."

Although slavery had ended in Jamaica in 1834, racial inequality had not.  Four months later, the Morant Bay Rebellion and its harsh repression changed the course of Jamaican history.