Scott Wike Lucas was an Illinois attorney and politician. Born in Cass County, Illinois, on February 19, 1892, Lucas attended public schools and Illinois Wesleyan University, where he played baseball and other college sports. While in college, during his summers, he played baseball in the Three-I League, a semiprofessional baseball league organized in Illinois, Indiana, and Iowa. After college, Lucas attended law school and was admitted to the bar in 1915.

Lucas served in the United States Army during World War I, rising to the rank of lieutenant. He would later continue his military association by serving as commander of the Illinois Department of the American Legion.

After serving as state's attorney for Mason County in the 1920s, Lucas ran in the 1932 Democratic primary as a candidate for the United States Senate from Illinois; however, he lost his primary bid to William H. Dieterich. Governor Henry Horner then appointed Lucas chairman of the State Tax Commission, which Lucas directed from 1933 to 1935. In 1934, Lucas won election to the United States House of Representatives from Illinois. Four years later, he won election to the U.S. Senate and was reelected in 1944.

The Scott W. Lucas Collection consists of 38 photographs from Lucas' early life and political career. In addition to images of such influential American politicians as John F. Kennedy and Lyndon Johnson, the collection contains several political cartoons satirizing Lucas and other politicians. 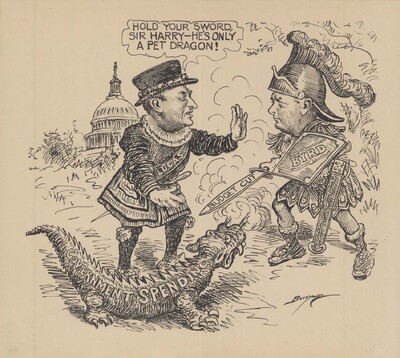 Hold Your Sword, Sir Harry-He's Only a Pet Dragon!

Hold Your Sword, Sir Harry-He's Only a Pet Dragon! 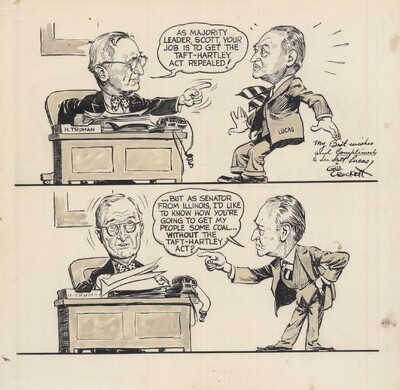 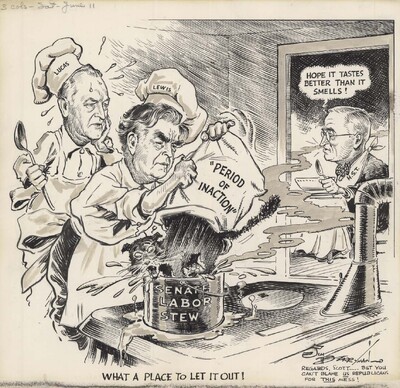 What a Place to Let it Out!

What a Place to Let it Out! 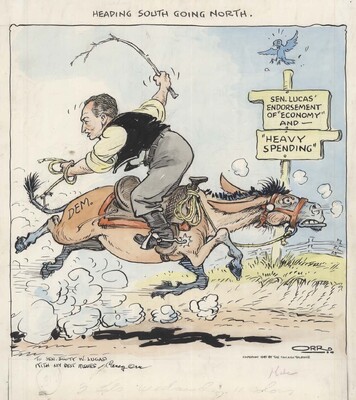 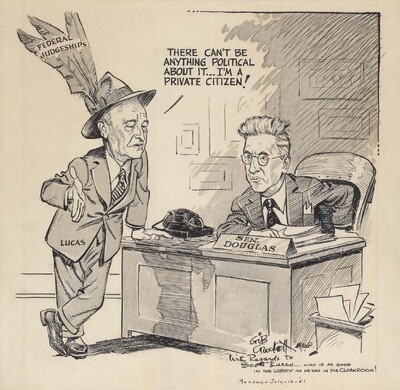 There Can't Be Anything Political About It. I'm a Private Citizen!

There Can't Be Anything Political About It. I'm a Private Citizen! 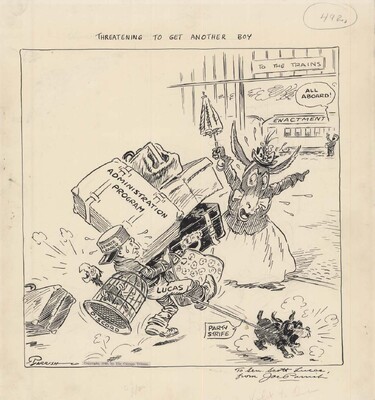 Threatening to Get Another Boy

Threatening to Get Another Boy 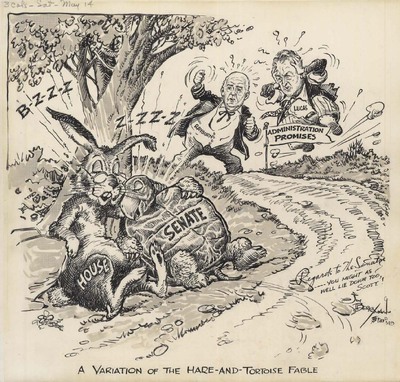 A Variation of the Hare-and-Tortoise Fable

A Variation of the Hare-and-Tortoise Fable 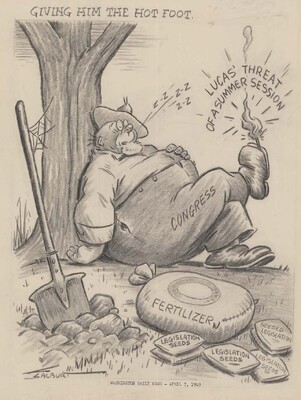 Giving Him the Hot Foot

Giving Him the Hot Foot 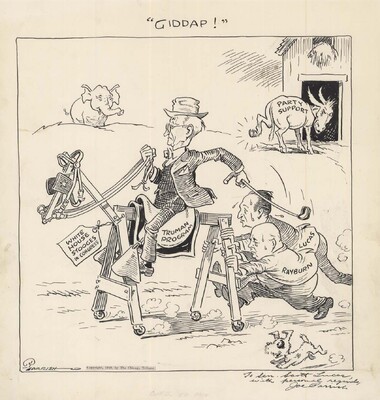 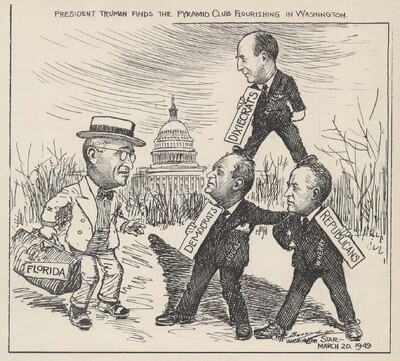 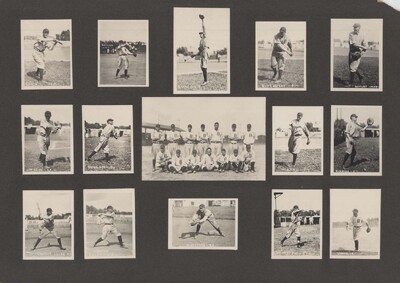 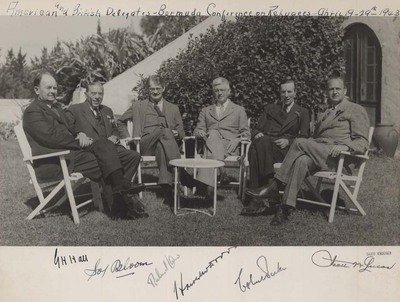 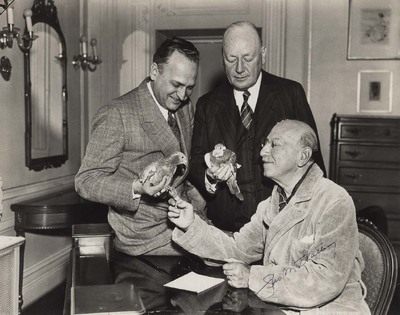 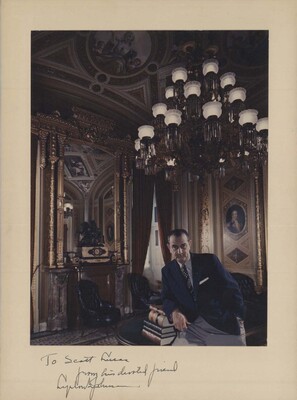 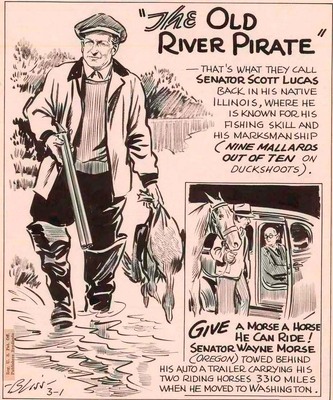 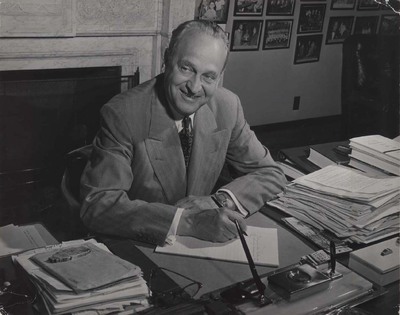 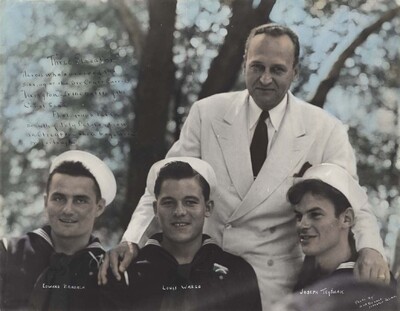 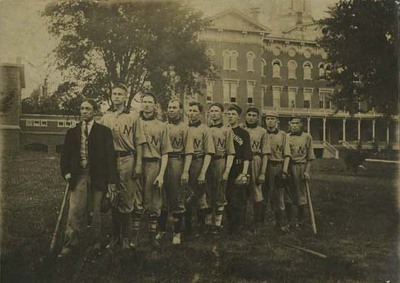 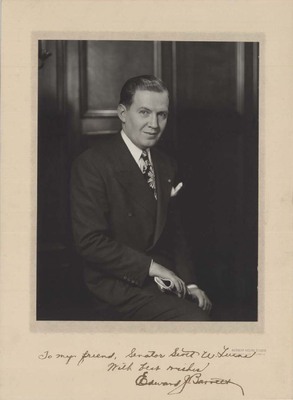 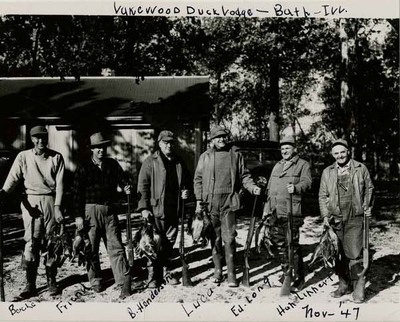 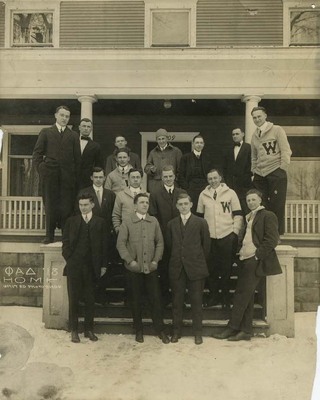 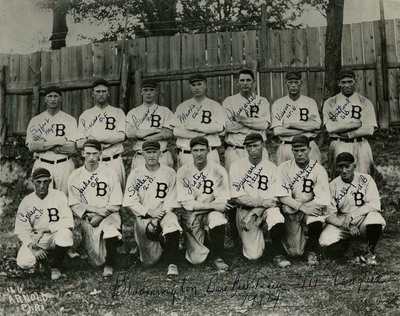 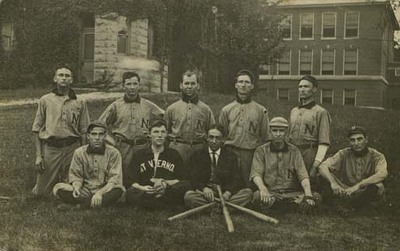 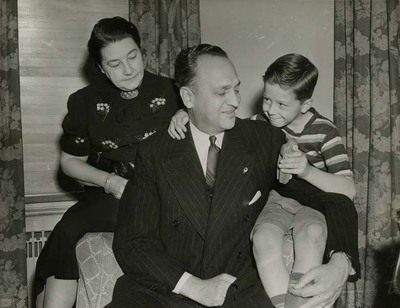 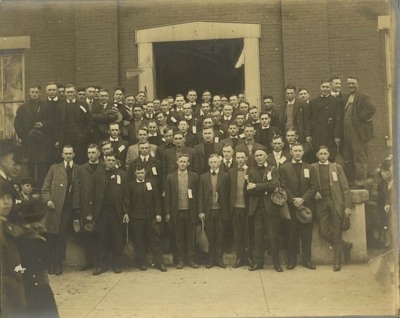