The Buckmaster-Curran Collection features early Illinois families descended from Colonel John Durkee of Norwich, Connecticut, who fought in the Revolutionary War. His daughter Anna Durkee first married Dr. Dominic Tauzin, with whom she had a daughter, Mary Harriott Tauzin. Mary Tauzin married Daniel Bartling, a lieutenant in the War of 1812. Mary died in 1809 and Anna was responsible for the care of her two grandchildren, Henry and Harriet. In 1817 she, along with the children, came to Illinois and settled in Madison County. In 1832 Harriet Bartling married Nathaniel Buckmaster, a brick maker by trade, who had first come to Illinois in 1817. He served as a state representative in 1820-1822, and again, 1834-1836. He was elected Madison County sheriff in 1821 and served several consecutive terms. He was appointed Colonel in the Illinois militia in 1828 and commanded a battalion in the Black Hawk War. He was postmaster at Alton, 1838-1841 and warden at the Illinois State Penitentiary, 1842-1846. Buckmaster owned property in Madison County and operated the Madison County Ferry across the Mississippi.

Nathaniel and Harriet Buckmasters’s daughter, Catherine Buckmaster married Isaac Bush Curran, Sr.. Curran was born in Ithaca, New York, and worked as a jeweler when he came to Illinois in 1840. He was active in Democratic politics and was appointed Pension Agent for Illinois by President Buchanan from 1853-1858. He was private secretary and chief of staff for Governor Joel Matteson. Catherine and Isaac had two sons, Isaac B. Curran, Jr. and Singleton Douglas Curran.

Photographs in this collection include images of members of the Buckmaster and Curran families, postcards featuring Illinois landmarks, and gravesite pictures. 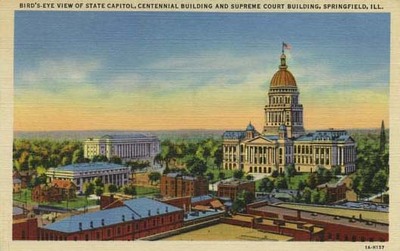 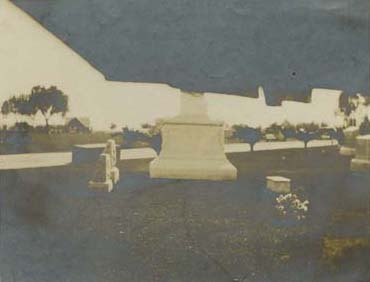 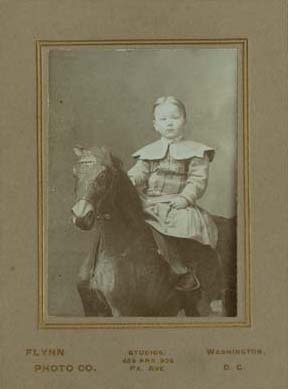 Boy on a Toy Horse

Boy on a Toy Horse 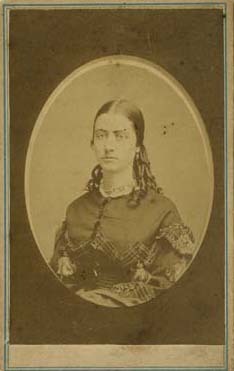 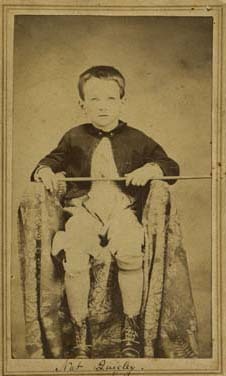