Adlai Stevenson II was the 31st Governor of Illinois, serving from 1949 until 1953. He received the Democratic nomination for president 1952 and 1956, running unsuccessfully against Dwight D. Eisenhower. He sought the presidential nomination in 1960, but lost to John F. Kennedy. In 1961, Kennedy named Stevenson the 5th ambassador to the United Nations. He served in this role until his death in 1965. His grandfather, Adlai Stevenson I, was the 23rd Vice President of the United States and a U.S. Congressman from Illinois.

The images in this collection include political rally photos from Stevenson's attempts to win the presidency. 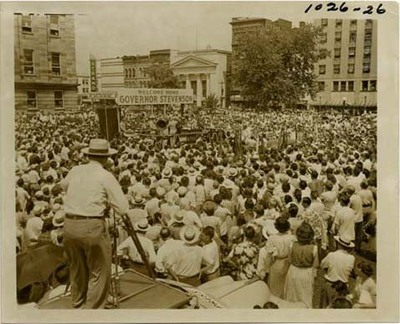