The union was part of the International Typographical Union which formed in 1867 to advance the interests of the printers and to promote harmony among them. The first issues the unions dealt with were pay, working hours and conditions. After the unions became more established they worked for more long term concerns such as old age pensions, mortuary benefits and paid sick time.

The unions also worked to start an apprentice program. In 1915 the Springfield local voted to make the term of apprenticeship five years, with pay of $5.00 per week the first year. Apprentices had to qualify by having their grammar, spelling and other academic skills tested, to assure that their work on the linotype or teletype setters would produce accurate results. The Woman’s Auxiliary of the ITU was formed in 1902 to raise awareness of union products, the union label, and to raise funds for the Printer’s Retirement Home or to help families of members during hard times.

Jacksonville’s union joined No. 177 in 1897. It was not until 1971 that Taylorville joined. Then Decatur merged with the Springfield union in 1975, Quincy in 1976 and Danville in 1978. The union's name changed to Central Illinois Typographical Union in 1975. In the 1980’s computers became prevalent and allowed for the writer and editor of a story to also act as printer. This caused union membership to drop drastically.

Photographs in this collection include images of members attending the 117th International Typographical Union convention and union member group photos. 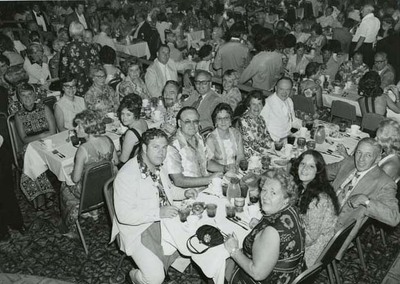 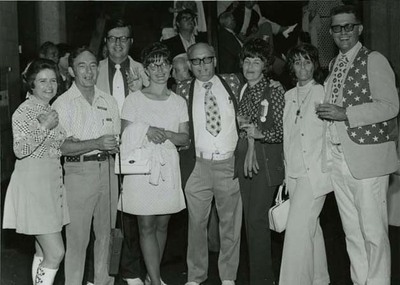 Group at a Party

Group at a Party 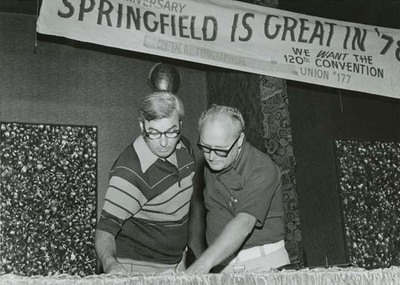 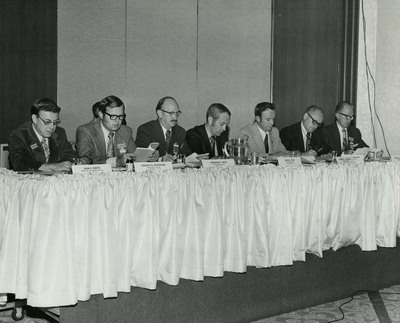 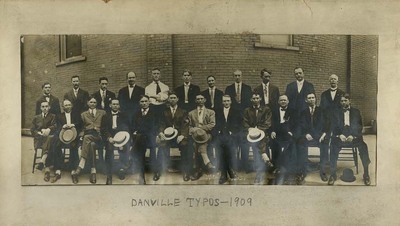 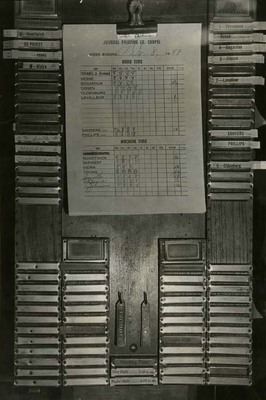 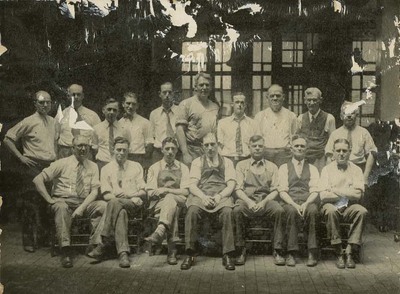 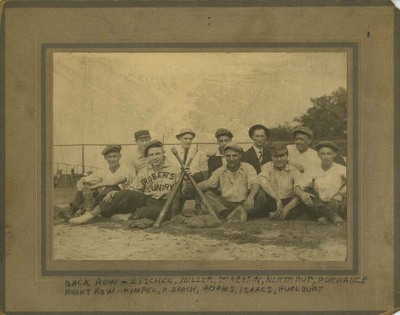