Hermann Paepcke founded the Chicago Mill and Lumber Company in the 1880s. Originally begun as the Paepcke-Wagner Company operating as a small lumber mill, the business grew to include box-making operations. The company eventually became a major lumber distribution company in Chicago. In 1898 a second location in Greenville, Mississippi opened and operated as the Paepcke-Leicht Lumber Company through the 1920s. Additional locations opened in Blytheville and Helena, Arkansas, and Cairo, Illinois.

After Hermann Paepcke died in 1922, his son, Walter, took over the company. In 1926, Walter Paepcke merged the Container Corporation of America into the company, leading the company to become the largest paper container producer in the United States during the 1940s.

The Chicago Mill and Lumber Company was purchased in 1965 and continued to operate from its Greenville, Mississippi, facility until 1980.

Photographs in this collection include images of the Chicago Mill and Lumber Company's business operations from cutting trees in the woods through the manufacture and shipment of paper, corrugated paperboard, and boxes. 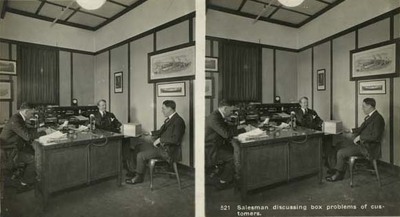 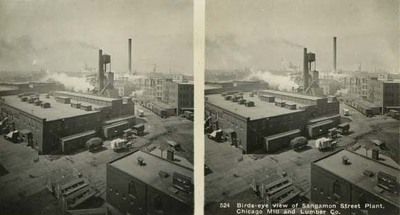 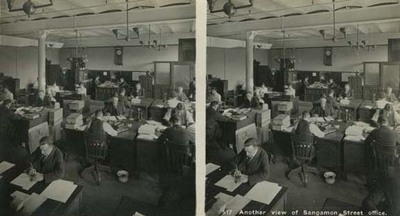 517. Another View of Sangamon Street Office

517. Another View of Sangamon Street Office 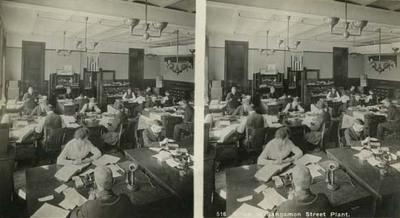 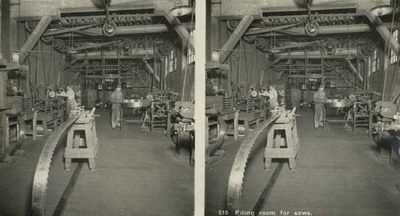 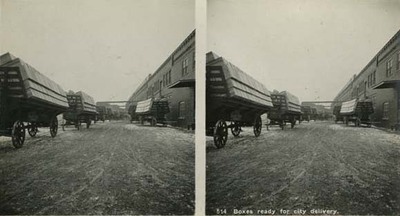 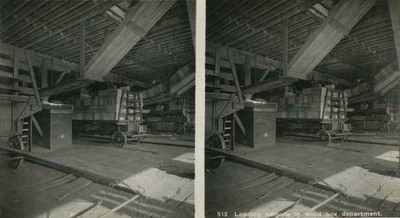 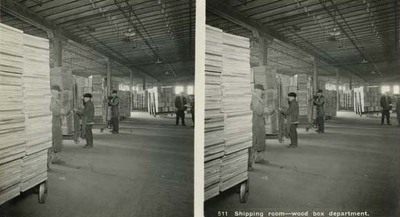 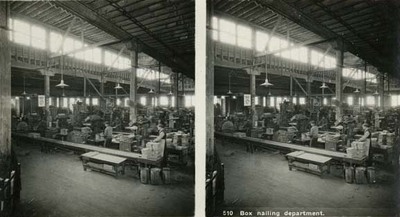 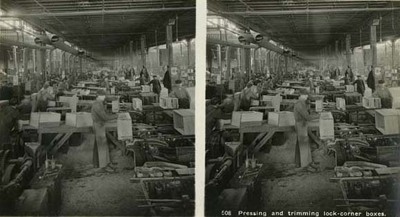 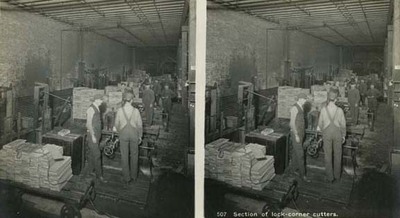 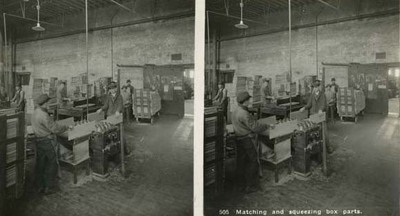 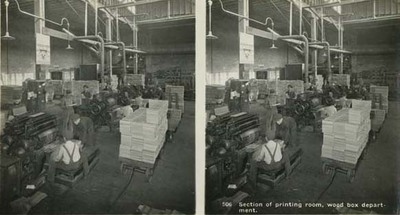 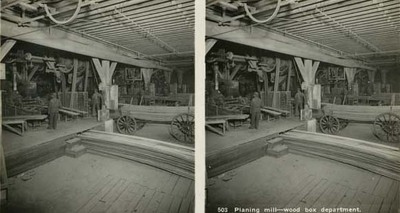 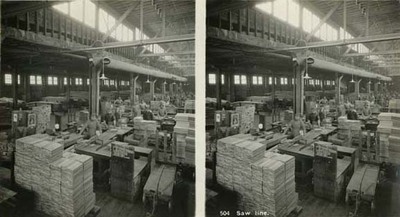 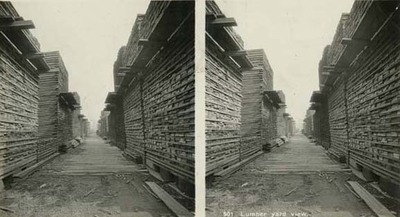 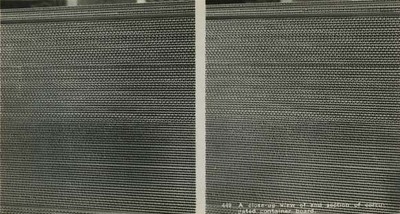 449. A Close-up View of End Section of Corrugated Container Board

449. A Close-up View of End Section of Corrugated Container Board 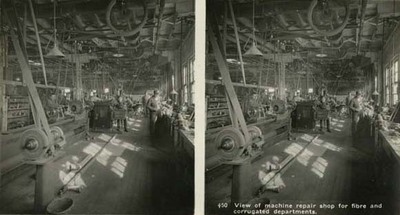 450. View of Machine Repair Shop for Fibre and Corrugated Departments

450. View of Machine Repair Shop for Fibre and Corrugated Departments 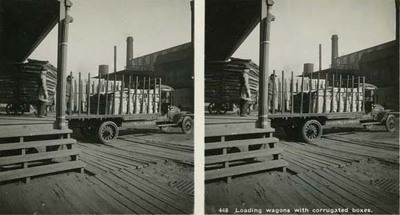 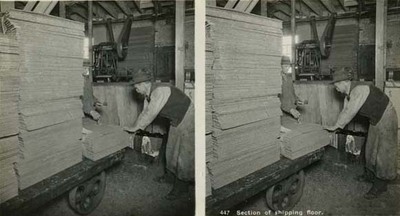 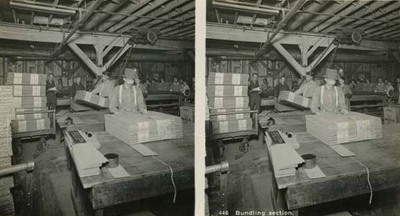 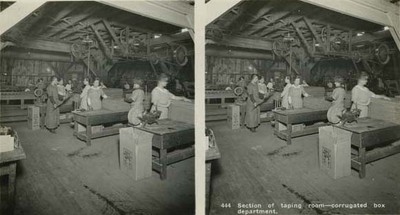 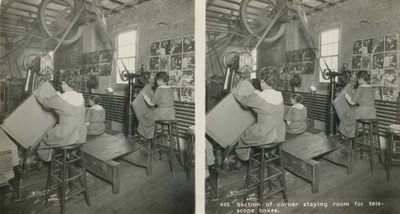 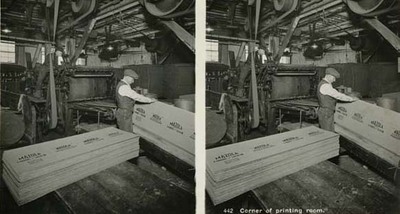 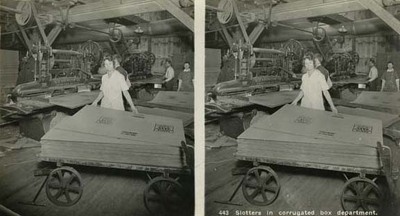