Everett M. Dirksen served in the United States House of Representatives and the United States Senate on behalf of the state of Illinois. Dirksen began his political career in 1927 with his election as city finance commissioner for Pekin, Illinois. After running unsuccessfully for Congress in 1930, Dirksen won his first of eight terms in the House of Representatives in 1932. In 1943 Dirksen announced his candidacy for the Republican nomination to the presidency, however he did not receive a single vote at the 1944 Republican Convention. He won election to the United States Senate in 1940, unseating Senate Majority Leader Scott Lucas. Dirksen was known for his deep voice and oratory style, at one point earning the nickname "The Wizard of Ooze." While in the Senate Dirksen was a strong supporter of the Vietnam War and the Civil Rights Acts of 1964 and 1968. Dirksen died in 1969 following surgery for lung cancer.

Photographs in this collection include images of Everett Dirksen attending events during his political career. 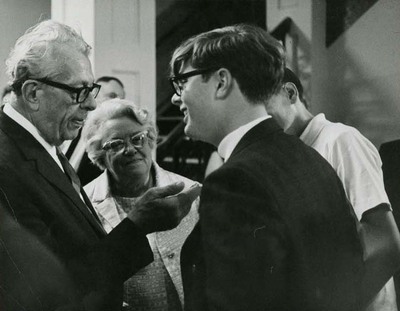 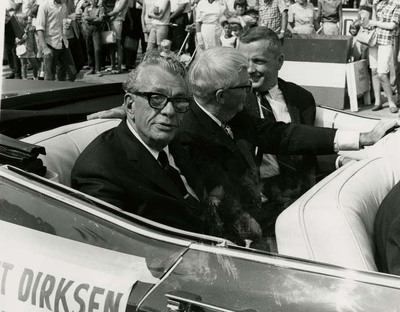 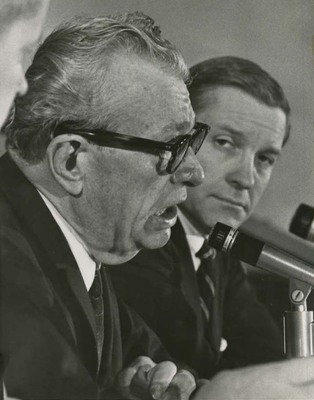 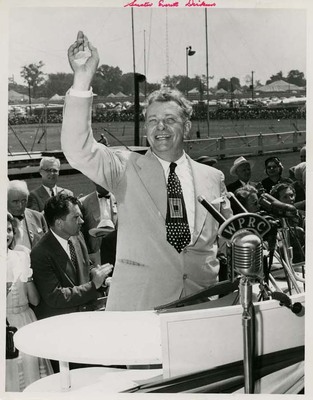 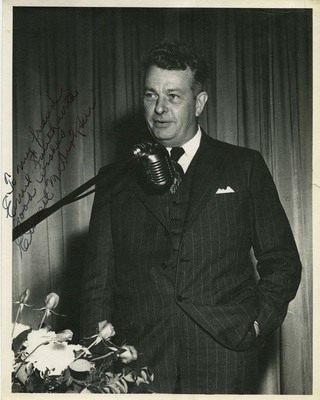 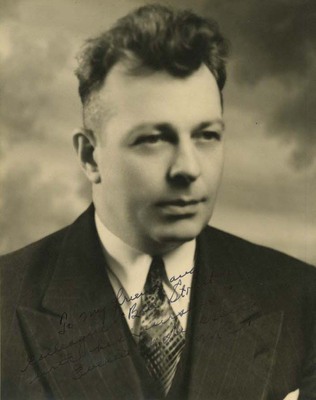