John Chapman began his political career in 1927 when he won a seat on the Chicago City Council. He served as executive secretary to Illinois Governor Dwight H. Green from 1941 to 1949. Chapman was a member of the Illinois Parole Board from 1941-1950. He served as Illinois' Lieutenant Governor from 1953-1961 under Governor William Stratton,

Photographs in this collection include images of John Chapman attending ribbon cutting ceremonies for the opening of Route 66 at Lincoln, Illinois; giving speeches; taking group photos with Illinois politicians; and making public appearances with youth groups including Girls' State, Boys' State, and the Future Farmers of America. 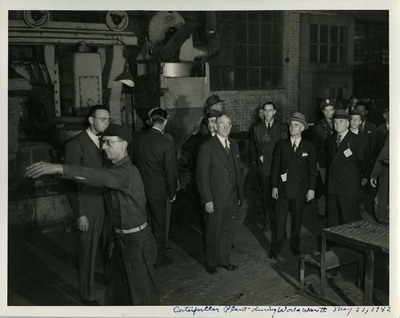 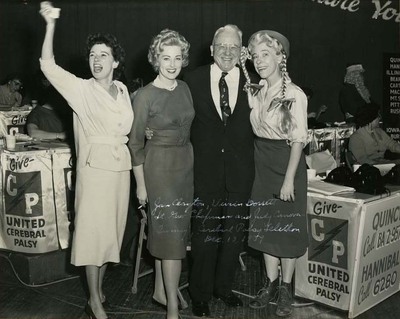 Jan Clayton, Vivian Dorsett, Lieutenant Governor John Chapman, and Judy Canon gather for a photo in front of the phone bank at the United Cerebral Palsy Telethon in Quincy. A person dressed as Santa Claus stands in the back of the photo.

Opening of Route 66 at Lincoln

Opening of Route 66 at Lincoln 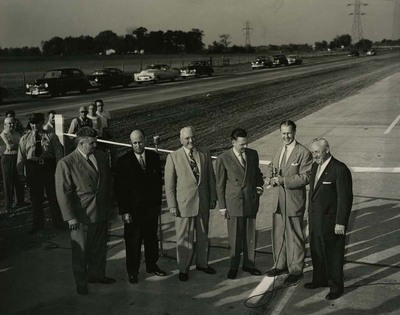 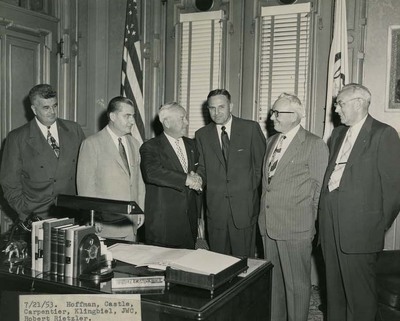 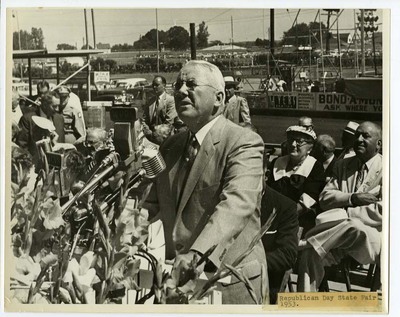 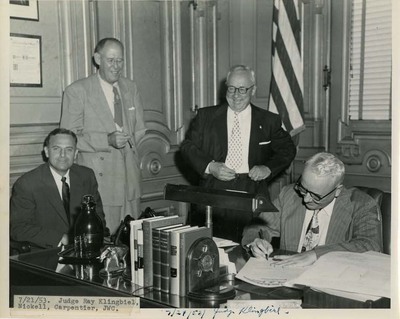 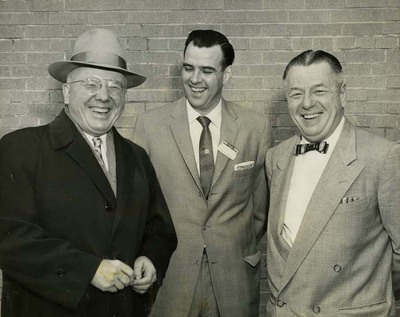 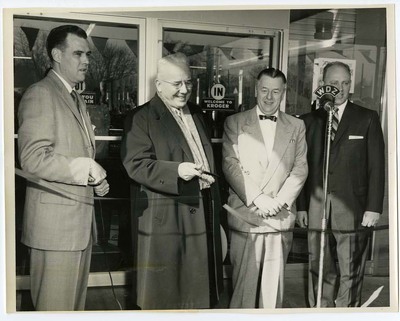 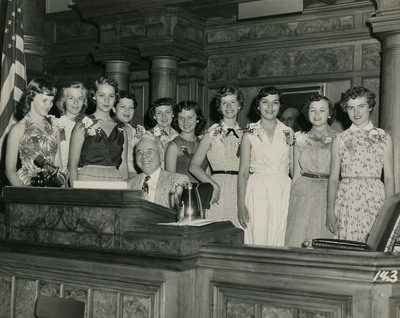 Lieutenant Governor John Chapman poses with Girls' State members in front of a portrait of George Washington on the floor of one of the Illinois General Assembly Chambers. Girls State participants from left to right: Mary Ruth, Governor; Yini… 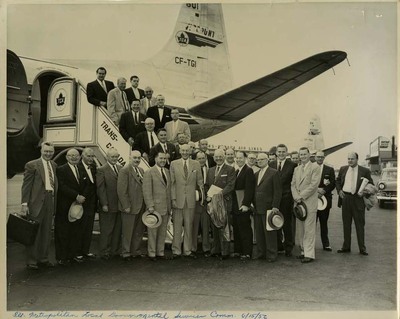 Members of the Illinois Metropolitan Local Governmental Services Commission stand outside of a Trans-Canada Airlines plane at Midway Airport in Chicago. 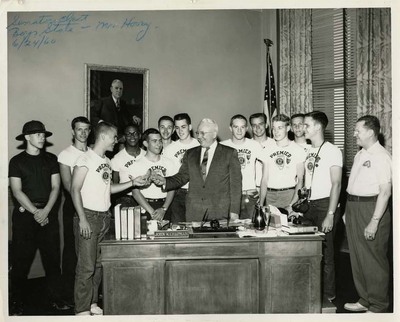 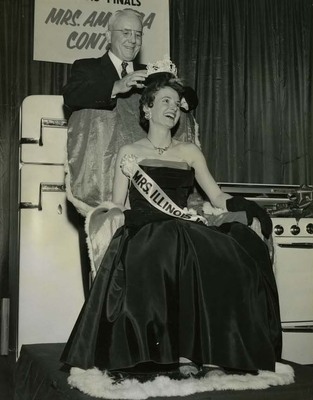 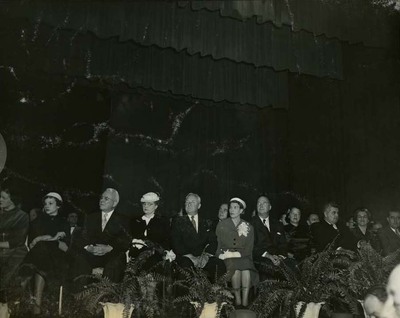 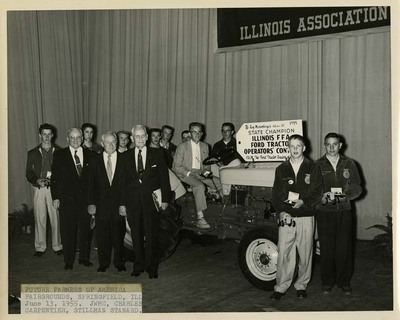 Members of the Future Farmers of America stand next to a Ford tractor with (from left to right) Lieutenant Governor John William Chapman, Secretary of State Charles Carpentier, and Director of the Department of Agriculture Stillman Stanard. A sign on… 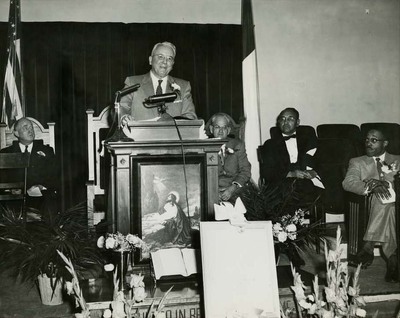