Harold R. Heaton worked as a political cartoonist for several Chicago-based newspapers including the Chicago Daily Tribune (1885-1899) and the Inter-Ocean (1908-1914). While working for the Chicago Daily Tribune he created a series of weekly commentaries on the World's Columbian Exhibition held in Chicago in 1893. Heaton's political cartoons featured current events, frequently focusing on Chicago politics.

Heaton took a break from cartoon work in 1899 to work as an actor and playwright before returning to the newspaper business in 1908. After Inter-Ocean's collapse in 1914, Heaton returned to the stage, acting on Broadway from 1920-1932. 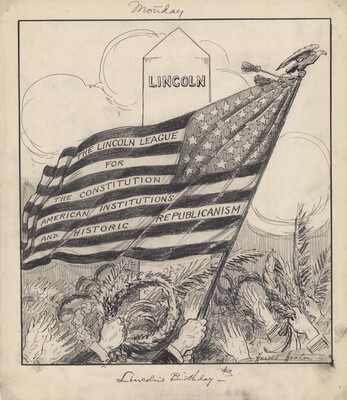 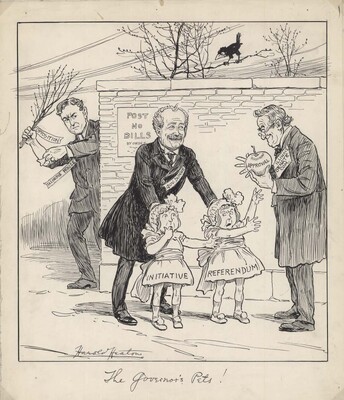 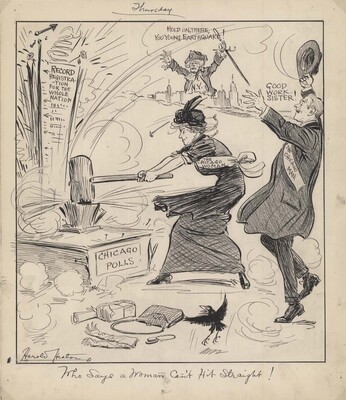 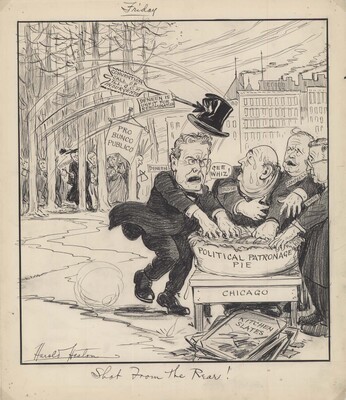 Shot from the Rear!

Shot from the Rear! 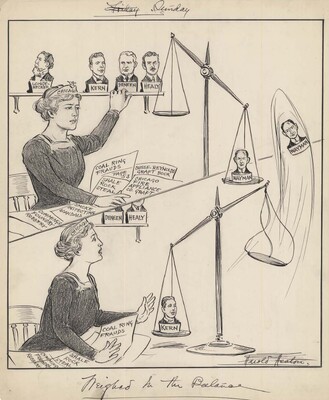 Weighed in the Balance

Weighed in the Balance 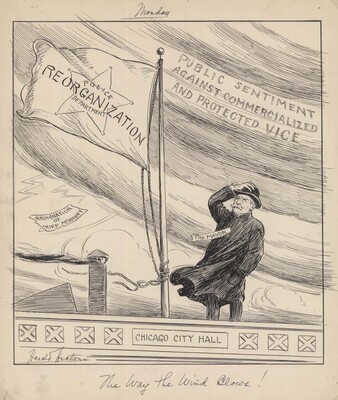 The Way the Wind Blows

The Way the Wind Blows 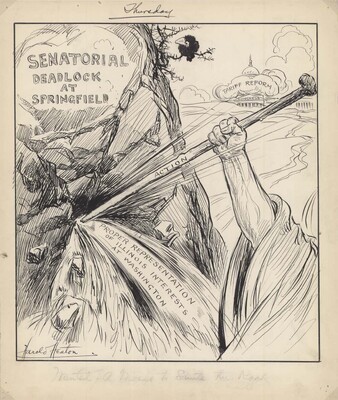 Wanted - A Moses to Smite the Rock

Wanted - A Moses to Smite the Rock 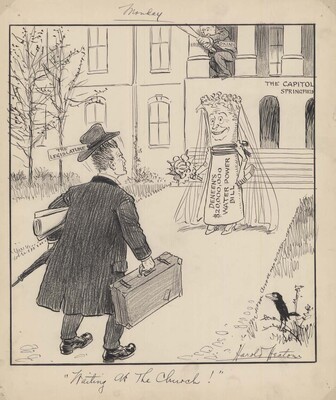 Waiting at the Church

Waiting at the Church 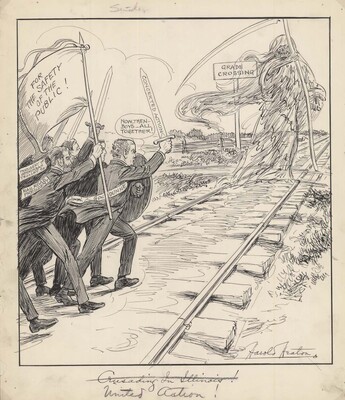 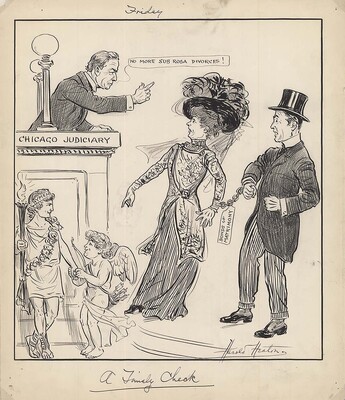 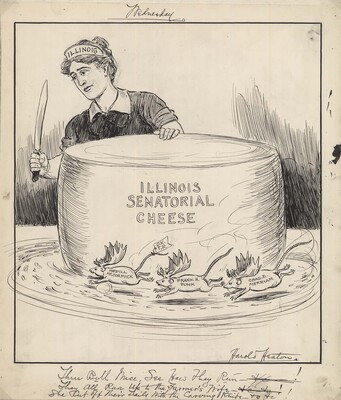 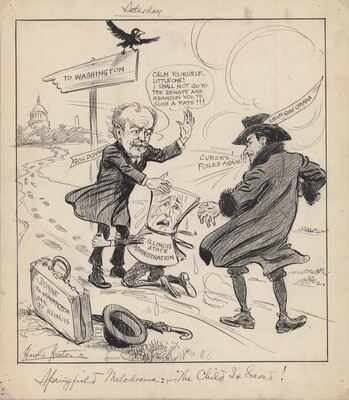 Springfield Melodrama: The Child It Saved

Springfield Melodrama: The Child It Saved 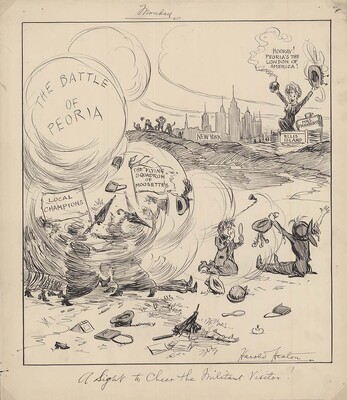 A Sight to Cheer the Militant Visitor!

A Sight to Cheer the Militant Visitor! 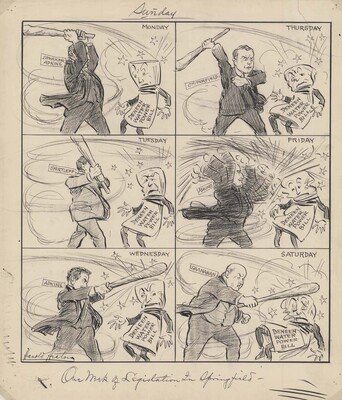 Our Week of Legislation in Springfield

Our Week of Legislation in Springfield 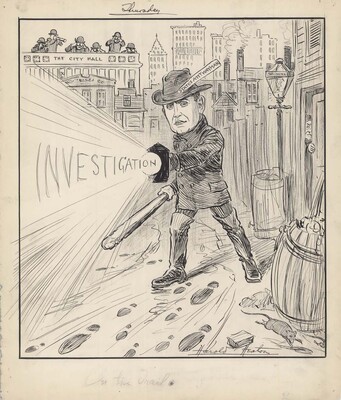 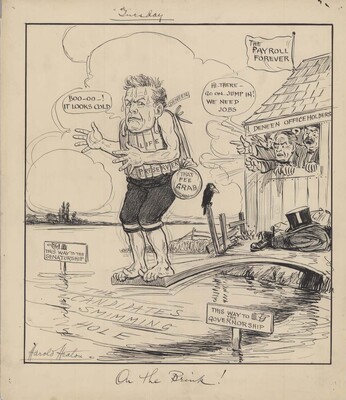 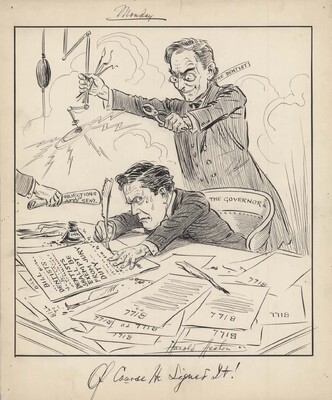 Of Course He Signed It!

Of Course He Signed It! 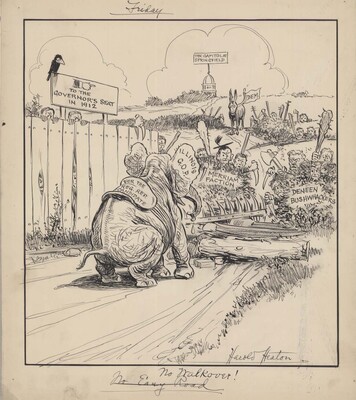 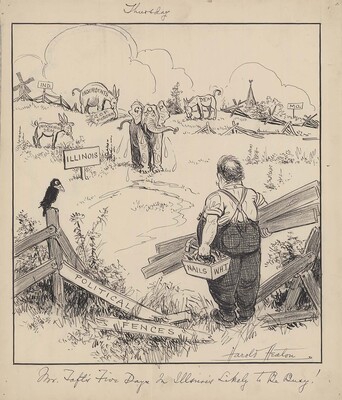 Mr. Taft's Five Days in Illinois Likely to be Busy!

Mr. Taft's Five Days in Illinois Likely to be Busy! 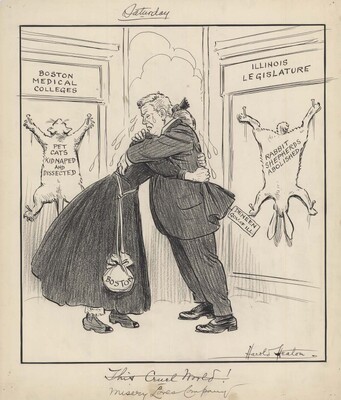 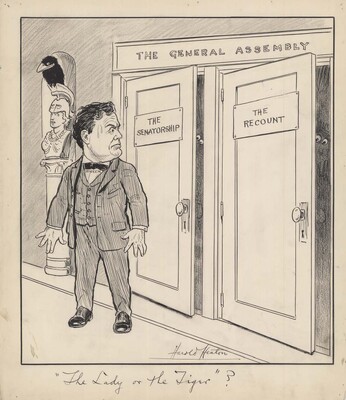 The Lady or the Tiger

The Lady or the Tiger 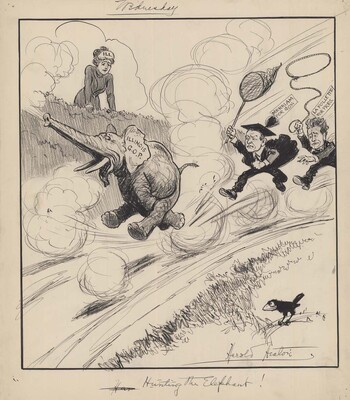 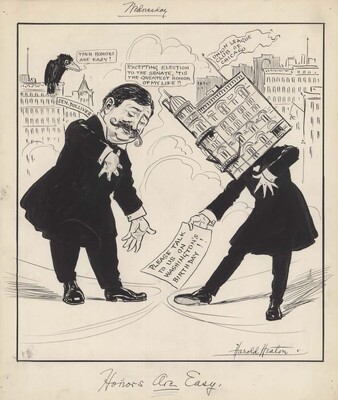 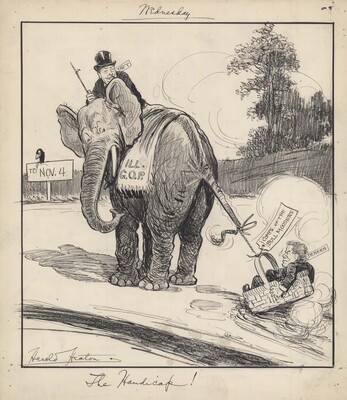 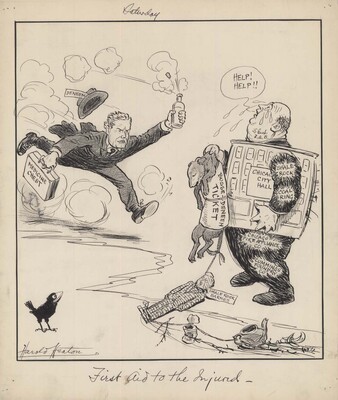 First Aid to the Injured

First Aid to the Injured