The Temple Collection features images taken by the Wayne County Record newspaper staff. The newspaper, based in Fairfield, Illinois, ran from 1879-1961. John F. Temple and his brother, William, served as co-owners of the semiweekly publication from 1950 through 1961 when they sold the newspaper. After selling the Wayne County Record, John F. Temple went on to serve as editor of the Illinois Rural Electric News.

Photographs in this collection include images of people, places, and events in southern and central Illinois. Several photographs highlight life in Fairfield, Wayne City, and Mill Shoals including blood drives, holiday celebrations, and local school events. 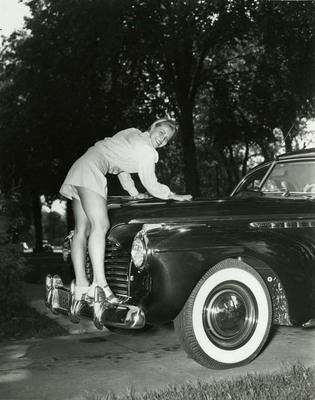 A girl hand washes a Buick automobile near Bloomington. 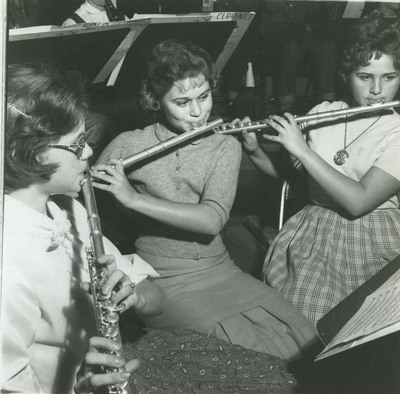 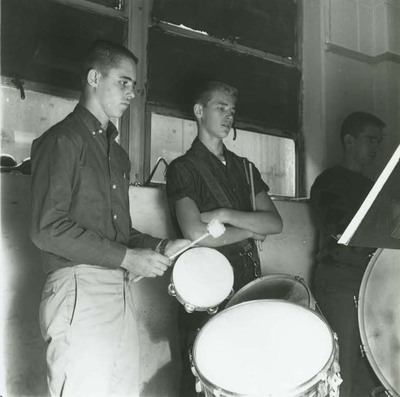 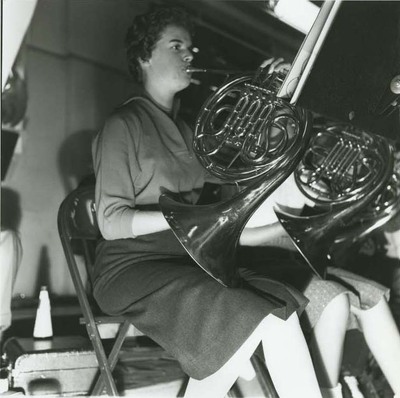 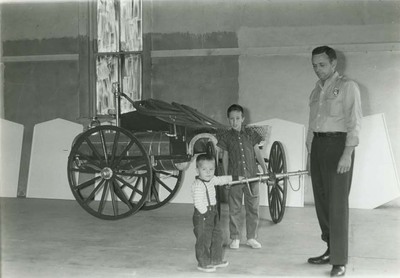 Two young boys and a security officer pose for a picture with a vintage fire truck. 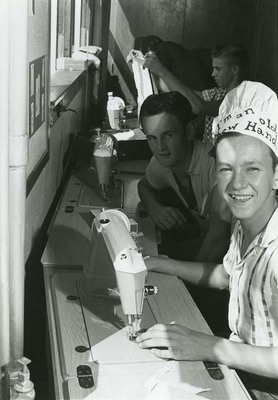 Male high school students learn how to use sewing machines in a home economics class. 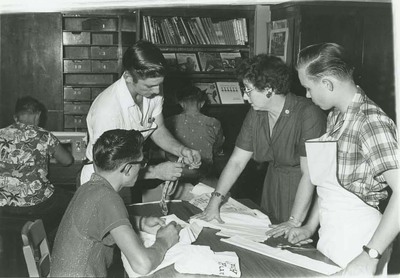 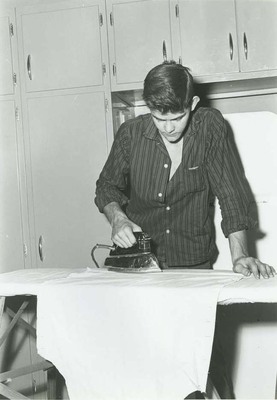 A male high school student irons an article of clothing during a home economics class. 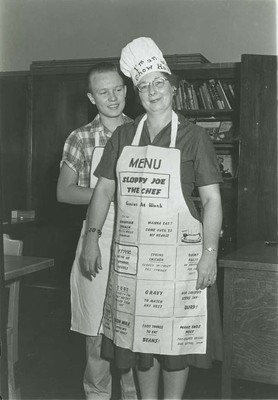 A Wayne City High School student looks at his teacher while she poses for a photograph wearing an apron and chef hat. 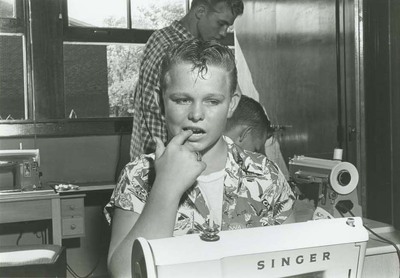 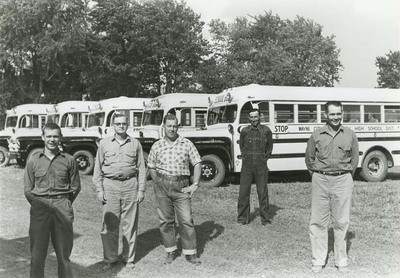 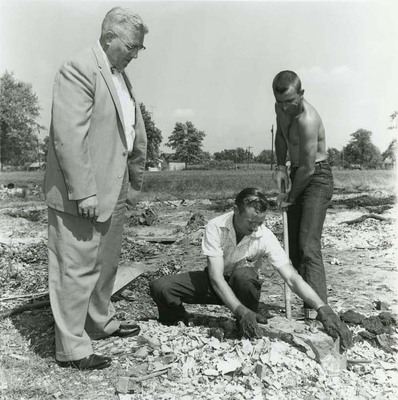 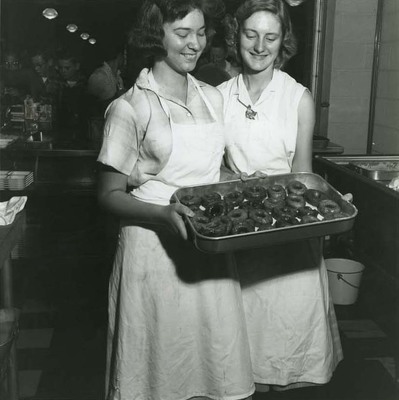 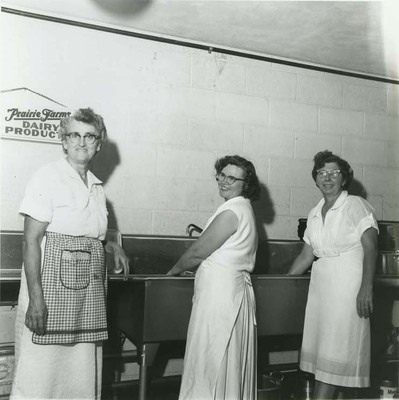 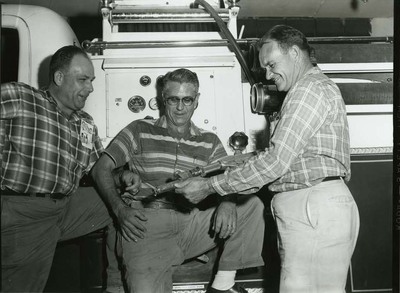 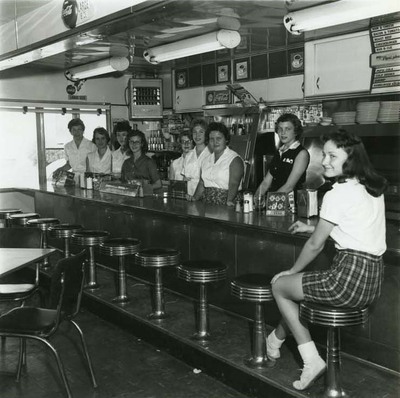 Members of the Wayne City Diner staff pose behind the counter for a group photo. 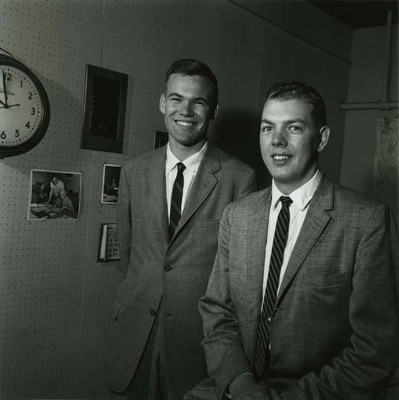 Two young men identified as Mormons pose side by side in an office for a photo. 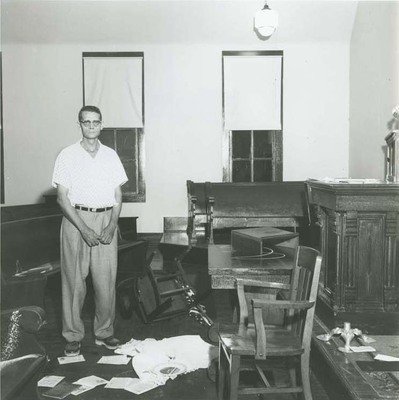 A man surveys damage inside an unidentified Mill Shoals church. 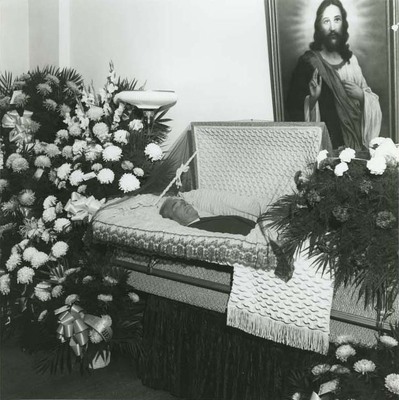 A man identified as "Elliott" lies in his coffin at an unidentified funeral home. 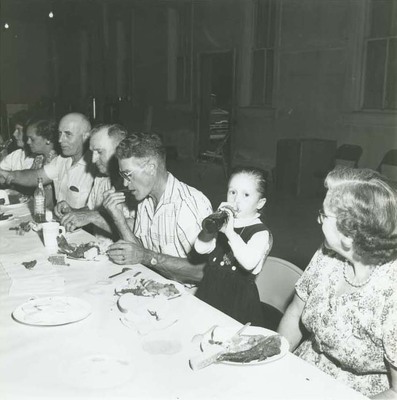 Local residents sit at a table and eat during a community fish fry. 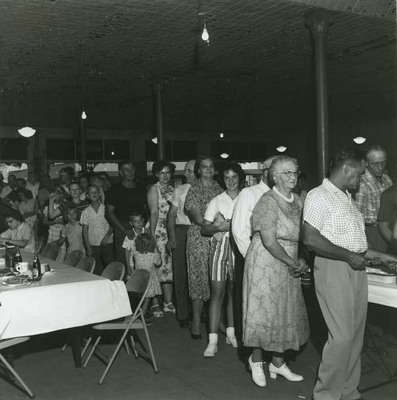 Local residents line up to get their food at a community fish fry. 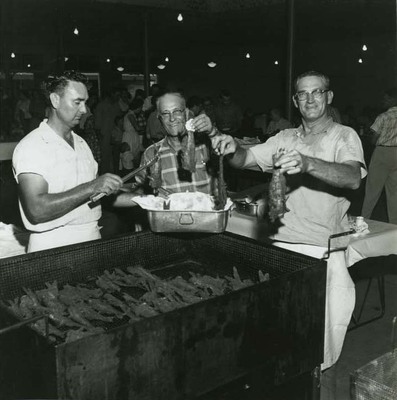 Three men stand near a large fryer and hold up fish cooked for a city fish fry. 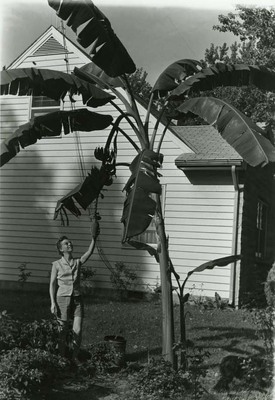 A woman poses with a large banana tree that is growing in her backyard. 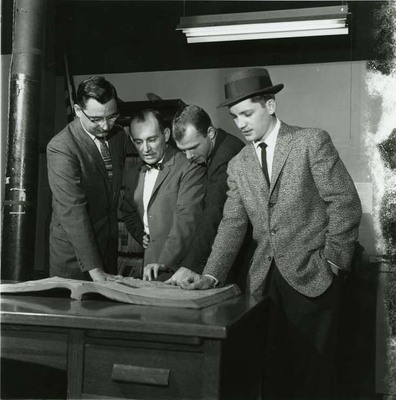 Kroger officials look over a bound publication during an advertising conference. 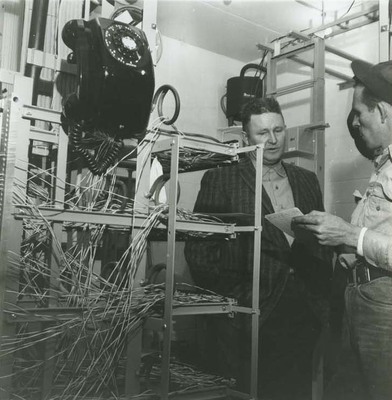 Two men stand next to a telephone and several wires.
View all 600 items